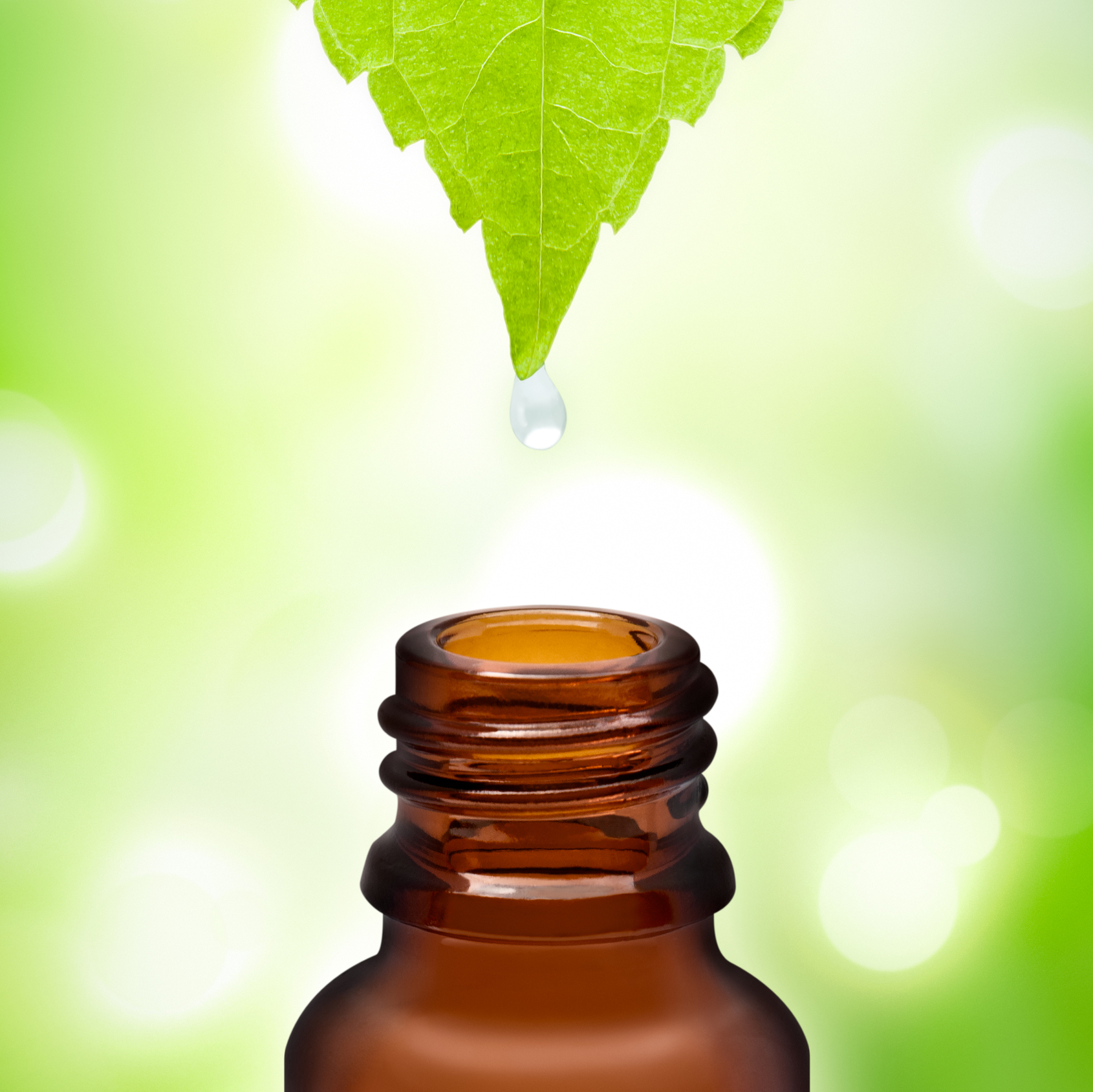 Your body is unique for its strengths, weaknesses, and ability to overcome disease. This is why you need a personalized approach to wellness. Your health is determined by balance – balance among nerves, hormones, and organ systems. This balance is affected by genetics, lifestyle, emotional state, and environment. Imbalances give rise to diseases that can be difficult to explain, much less treat.

Endobiogeny is an innovative approach to wellness that identifies the imbalances that are causing your suffering. It focuses on the cause of disease, not just symptoms. It explains why repeated stresses to the body or mind can lead to illness and why emotions have such a powerful impact on health. It also helps us understand why certain people are prone to develop certain diseases.
Because everyone is unique, Endobiogeny is designed to treat each patient as an individual.

The day I was introduced to Endobiogeny was the day I finally found a psychological home in medicine. It was happenstance that led me to the seminar Dr. Jean Claude Lapraz was presenting in the fall of 2004, his first seminar in Pocatello, Idaho after many years of seminars elsewhere in the United States. The stage had been set well for that fateful day. It was two weeks previously that I had been given the green light to develop an integrative medicine track for the Idaho State University Family Medicine Residency Program. This included building an integrative medicine practice, a means of introducing medical doctors in training to options for healing beyond drugs and surgery. The preceding three years I had been updating my 30-year outdated knowledge in the basic sciences through ongoing coursework at ISU. My head was filled with new and exciting scientific understandings, particularly on the heels of the human genome project completion. Concurrently, medical research was beginning to report positive findings on a handful of herbs. Having felt limited and often ineffective with the medical tools I had been trying to apply for 25 years, I had begun using herbs in select patients and had been quite impressed by the results. All the while, I had felt frustrated by not being able to find satisfactory answers for how the herbs worked. Healing paradigms that utilized herbs extensively, such as Oriental Medicine and Ayervedic Medicine, spoke an entirely different language that made no sense from the perspective of western scientific understanding. Thus utilizing herbs required a leap of faith, something that made me uncomfortable.

Thus, on that fateful day when I listened to Dr. Lapraz explain human physiology and disease based on an understanding of the endocrine system at the cellular, tissular and organ levels, I watched all the loose ends of my years of experience in medicine and my updated scientific knowledge begin to fall into place. When Dr. Lapraz described cellular membranes, membrane receptors and signal transduction, my confidence in his legitimacy found firm ground. When he showed how a particular herb could have influence on the human organism at several levels through several different mechanisms, I felt the lights to herbalism had finally been turned on for me. Concurrently, two new peer-reviewed extensively referenced books for physicians were published and corroborated much of what Dr. Lapraz was teaching with respect to the activities of several herbs. This also bolstered my confidence that there was sound science behind what Dr. Lapraz was presenting.

Endobiogeny and My Medical Peers

Although I had been supported by the director and the faculty of the family medicine residency to develop an integrative curriculum and practice, my hopes of sharing the profound wisdom of Endobiogeny were soon tempered by the reactions of my medical peer group. While some of my colleagues were intrigued and a couple even came to the clinic for endobiogenic evaluations, most were either disinterested or outright antagonistic. There were suggestions by some that I had lost my marbles. A local oncologist blamed the herbal regimen taken by a patient with stage 3 rectal cancer for the failure of her chemotherapeutic regimen. In the latter case, while I understood the plausibility of this conclusion, I was struck by the haste with which the oncologist laid blame for the patient’s treatment failure given the low statistical likelihood for chemotherapeutic success in this situation. After spending an afternoon introducing Endobiogeny to the family medicine faculty and residents, I realized this was too big of a paradigm shift for most physicians and particularly for physicians in training who were too preoccupied learning the basics of conventional medicine. In an era where physicians were expected to see increasingly larger volumes of patients in a day, Endobiogeny simply took too much time and too much contemplation to become an easy fit in the American medical system. I realized that Endobiogeny could not become part of the residency curriculum, but that my practice of it might create intrigue for the more inquisitive residents looking for additional answers to the healing mystery.
One of the greatest barriers to a more generalized appreciation of Endobiogeny within the medical community was the lack of clinically based research. The expectation was for evidence derived from larger and larger studies and meta-analyses , usually funded by pharmaceutical companies or the government. These studies required homogenization as well as randomization of patient cohorts. Applying the modern clinical research model to the highly individualized approach of Endobiogeny would therefore be impossible. Thus, physicians who based their medical decisions firmly and confidently on clinical research had no interest whatsoever in discussing something so “unproven” as Endobiogeny. Occasionally the more seasoned physicians understood the limitations of randomized clinical trials and the statistical extrapolations, but even these more analytical physicians were reluctant to take such a large paradigm leap or to slow down their productivity.

No sooner had I shown an interest in learning Endobiogeny and starting an endobiogenic practice then I found myself in the position of presenting portions of subsequent seminars. As much as I enjoy standing in front of people and presenting interesting concepts, I found this position quite uncomfortable because I did not yet fully grasp the material I was presenting. No doubt this was an excellent way to learn the material and it provided me with some one-on-one time with Dr. Lapraz to review the slides beforehand and clarify any points of confusion. The slide presentations had been written for the most part by Dr. Duraffourd whose complexity of thought magnified the language barrier. Eventually I began preparing my own power point presentations as my confidence and knowledge grew.
The seminar attendees comprised a diverse group of healing practitioners, mostly naturopaths, acupuncturists, chiropractors, and nutritionists. There were very few medical doctors in attendance despite active solicitation within the medical community. I attributed this lack to our inability to procure and offer CME credits through the local accrediting body in addition to general disinterest among physicians in learning something outside the mainstream medical pabulum . Thus, while Dr. Lapraz had set his sights on promoting Endobiogeny throughout the American medical community, it appeared to me that this paradigm in healing would best suit naturopaths and other disciplines more naturally and holistically inclined. It was an exceptional situation when one of the seminars in Pocatello was attended by a pediatric intensivist, Dr. Kamyar Hedeyat. He already had a good grasp of aromatherapy and general use of herbs. He was fluent in French. His intensive care background made him a quick study in the physiological aspects of Endobiogeny. By the end of the seminar, as I watched Dr. Hedeyat’s enthusiasm take root, I was delighted to see that we had another American endobiogenist in the making. With a seemingly endless source of energy, Dr. Hedeyat has since then poured himself into study, research, and collaboration to help define and promote Endobiogeny in America.
About the same time that I met Dr. Hedeyat, I also began working with a resident in the ISU Family Medicine Residency who had a clear predilection for alternative medicine. While just as consumed with learning the nuts and bolts of conventional medicine as the other residents in the program, Dr. Laramie Wheeler showed a preference for reading about herbs and nutritional supplements. I enjoyed many discussions with her about alternatives in healing and eventually introduced her to Endobiogeny. After several years of facing the familiar glazed-over facial expression when talking about Endobiogeny with the family medicine residents, I was cautiously ecstatic to finally find a resident who got it. Dr. Wheeler completed her residency and began a conventional practice, maintaining a small endobiogenic practice on the side. In 2010 she decided to stop her conventional practice and focus on Endobiogeny.
I myself took a hiatus from EIMC January 2010 to July 2011 as I retired from my teaching position in the residency program. This relatively early retirement was a professional maneuver I chose, with difficulty, in order to end my hospital duty, the portion of my work that had always cast a dark shadow over the practice of medicine for me. I started working at the VA outpatient clinic in Pocatello, where I was pleased to learn that many of my patients preferred natural options over drugs when feasible. Nevertheless, being limited by the VA system to “evidence-based medicine” and FDA-approved drugs was like opening up an old cookbook where the ingredients at hand were limited and were applied in a repetitive and mindless formula with uninspiring results. In short, I missed the richness and intuitive creativity of Endobiogeny. I found a way to re-open my practice at EIMC through the support, once again, of Annemarie Buhler and Dr. Jonathan Cree. With my return to EIMC I was no longer a sole American physician practicing Endobiogeny. There were now three other American physicians who shared the vision and courage to practice Endobiogeny. It appears that Dr. Lapraz’ vision for American Endobiogeny was beginning to break through the walls of medical entrenchment and would eventually, with patience, come to fruition.